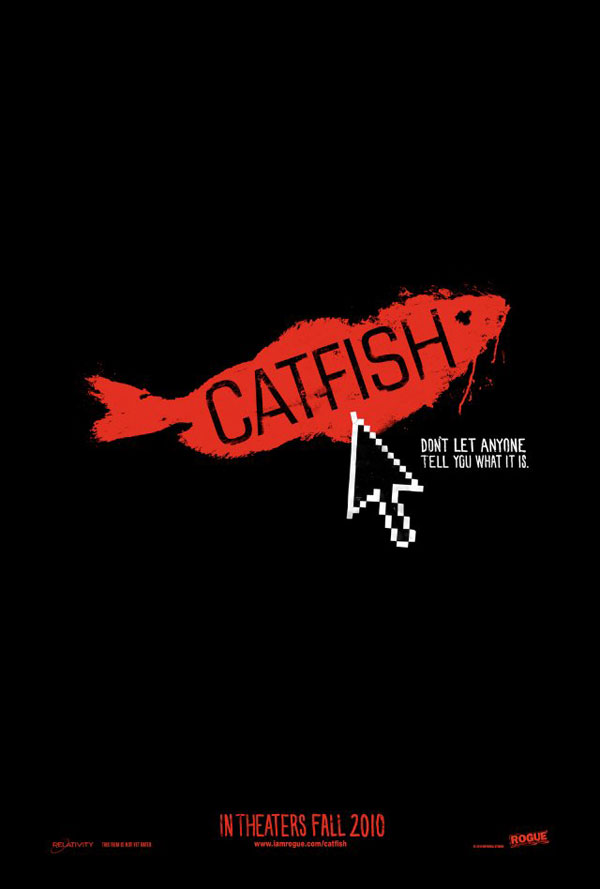 The Metuchen Cultural Arts Commission, the Forum Theater and the Raconteur Book Store continue their winter film series collaboration with the screening of Catfish followed by a question and answer session with the film’s directors ARIEL SCHULMAN AND HENRY JOOST, on Saturday, February 12TH at 8:00 P.M. at the Forum Theatre, 314 Main Street in Metuchen.
In Catfish we meet New York photographer Nev Schulman, brother of director Ariel, as he unwraps a painting of one of his photos by a young Michigan girl named Abby. They become Facebook friends, which eventually leads to Nev’s online romance with Abby’s older sister, Megan. But as he comes closer to meeting Megan in person, Nev uncovers some unsettling information.
Catfish is a mash up of Blair Witch and The Crying Game in the world of Facebook. The story Catfish has to tell, at least in part, is older than the Internet, and certainly not limited to the latest technology. From the Great Gatsby to TV’s Madman Don Draper, America is the land of spurious, seat-of-the-pants self-invention, and Mr. Joost and Mr. Schulman, a couple of young men with cameras and college degrees, find themselves in a real-life variation on a venerable American theme.
The screening begins at 8:00 p.m. on February12th. A question and answer session with the films directors will take place after the screening. Tickets are $12 at the door. The Forum Theatre is located at 314 Main Street, Metuchen, NJ. For more information call Nancy Goldberg, Metuchen Recreation Director at 732-632-8502 or visit www.raconteurbooks.com.